“Keep on Knocking” by Death 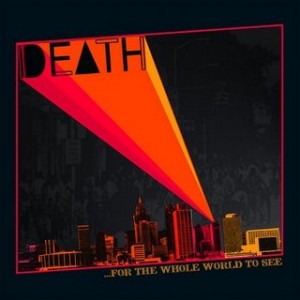 Artist:    Death
Track:    Keep on Knocking
Album:  … For the Whole World to See
Year:      1974
Label:    Tryangle Records (re-released on Drag City Records)
Notes:    Three african-american siblings from Detroit who could give the MC5 and the Stooges a run for their money. They lost a record deal from Columbia Records when they refused to change their name.
(hear the track after the jump)

This entry was posted in Punk and tagged 1974, Death, Detroit, protopunk, punk. Bookmark the permalink.